Came back from my local greenmarket where they were handing out free copies of a new food mag. (I had read about it earlier on Grub Street.) So I thought I'd take some pictures in my newly painted kitch. It's Peacock Blue, aka Miami in my Cucina.

Veggie bounty with a magazine--we both have cranberry beans! 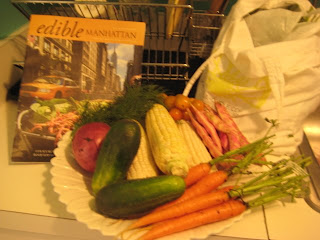 Everything washed, topped and tailed and ready for the fridge: 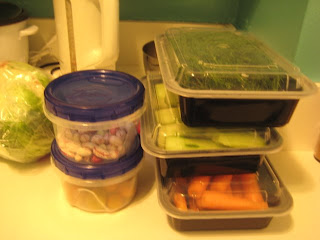 Wormy worm who hitched a ride with the yellow cherry tomatoes: 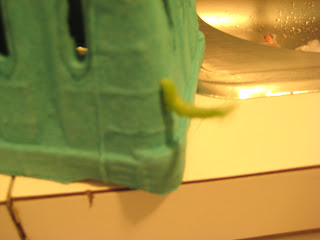 Wormy on the move: 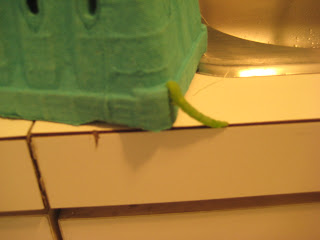 Hmm maybe I'll whip up one of these recipes from the Bitt minus the worm, natch.

PS I set the worm free outside, I couldn't bear to smush it.
Email Post
Labels: nyc organics

Lead Character: said…
wish i could give up meat and eat like that. too difficult and costly to be a vegetarian here in the philippines, though.
11:23 AM, September 17, 2008

Irene said…
I have been trying to be gluten-free, processed-free, and keep my kids from eating the stuff. Have my successes, but still finding difficult to do in the day to day run. I am glad I discovered your blog (through Blogger). I have added you to my favorites and will visit back soon!
8:34 AM, September 18, 2008